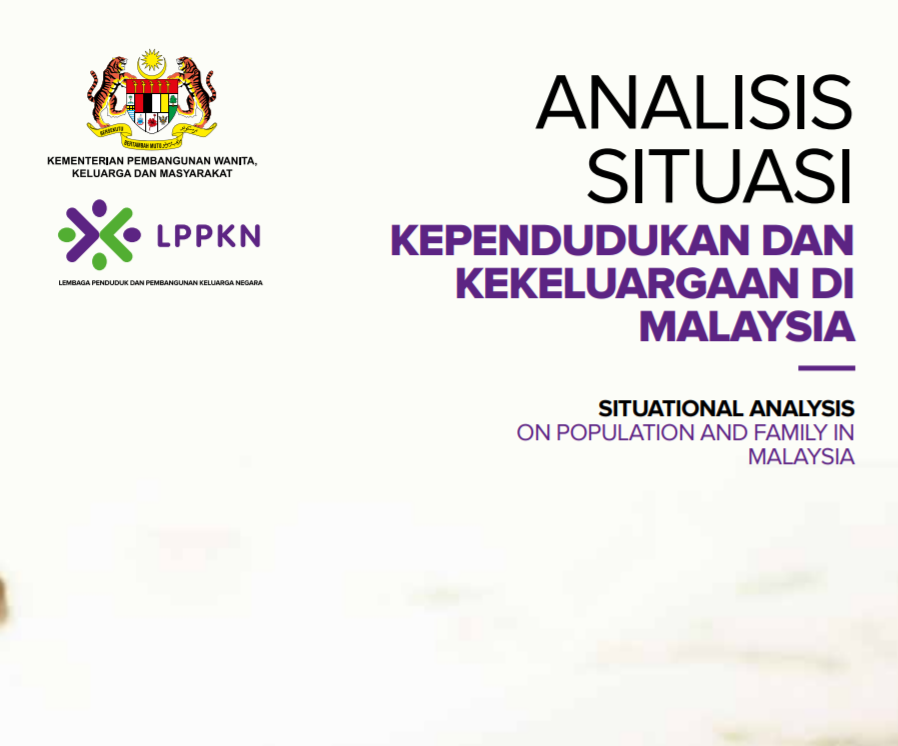 Situational Analysis on Population and Family in Malaysia

The National Population and Family Development Board had conducted the first population strategic action plan study to assess the implementation of the 70 Million Population Policy formulated in 1984 through the execution of the Population Strategic Plan Study in 1992. The second study for the population strategic action plan was conducted in 2009 and the third series of the study was conducted in 2017 through the implementation of A Review of the National Population Policy: Strategic Action Plan for Sustainable Development Towards 2030. The results of this study will serve as a guide for the formulation of policies, strategies and programmes which are more substantive and effective towards building resilient family institutions and a quality Malaysian population.

The main purpose of this book is to report on the major challenges of population and family in the country. In addition, the book also proposes several strategies that have been developed to strengthen the planning and implementation of future population and development programmes. The five strategic thrusts proposed in the book are: (i) addressing fertility decline; (ii) strengthening family institution; (iii) enhancing population resiliency; (iv) mainstreaming policies for ageing; and (v) enabling inclusive progress for all. In total, there are 40 recommendations to meet the specific objectives and targets under each pillar which has to be implemented by various ministries and agencies starting from 2018 to 2030.