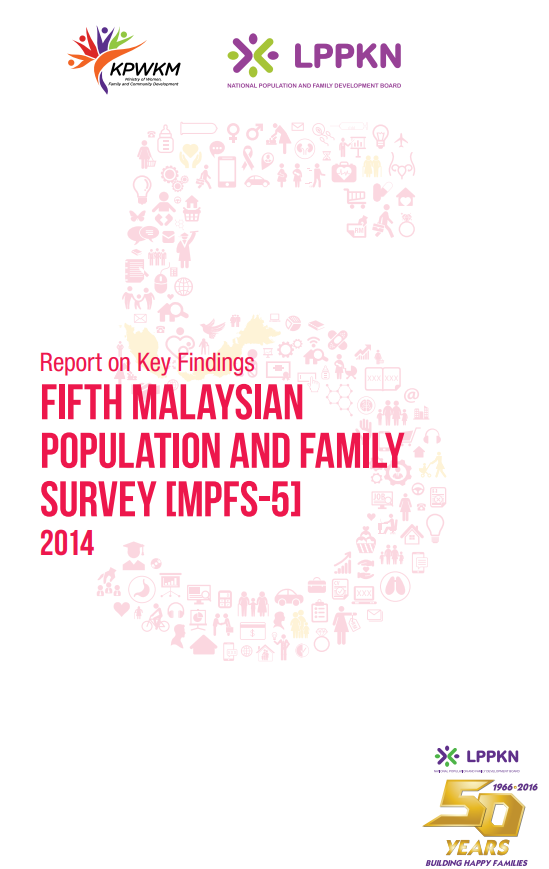 The Fifth Malaysian Population and Family Survey (MPFS-5) conducted by the National Population and Family Development Board (NPFDB) is the fifth in a series of surveys carried out every ten years since 1974. The NPFDB’s involvement in research and development began during the early days of its establishment which is almost 50 years ago. The primary focus then was to conduct population surveys with particular emphasis on the issues of population growth, marriage and fertility. However, in line with the current progress in a society that is becoming ever so complex, the NPFDB has extended its scope of the study to include matters related to family, adolescent behaviour, singlehood and ageing.

The purpose of the MPFS-5 is to prepare time series data in relation to family demography in addition to identifying its correlation with the country’s developmental prospects. In this series, the MPFS-5 has managed to collect information on the inclusive of family life such as marriage, family interaction, health practices, senior life and adolescent sexuality. This survey also collected the latest information on career and family balance, well-being, breastfeeding, secondary infertility, financial management and social media usage. The survey was conducted nationwide to ensure that the information obtained can give a holistic and statistical depiction of family demography in Malaysia.